Abusing lorazepam, brand name Ativan, can be very dangerous. Because the drug is a benzodiazepine, it can cause many mental and physical effects that can be harmful to a person’s health. If you or someone you love is abusing lorazepam, consider these dangerous effects. 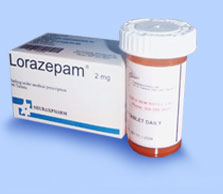 Mixing Lorazepam with alcohol or other drugs can lead to overdose.

Someone who overdoses on lorazepam could experience severe respiratory depression where their breathing becomes incredibly shallow or even stops altogether. This becomes even more likely when she is abusing other drugs as well. The FDA states, “Overdosage of benzodiazepines is usually manifested by varying degrees of central nervous system depression ranging from drowsiness to coma.” In the most serious cases, death can occur when the person’s breathing is stopped.

Because of this possibility, abusing lorazepam is much more dangerous than many people realize. Women who abuse this drug are risking death, especially long-time and polydrug abusers. However, there is still a possibility that a woman’s first time abusing lorazepam could end in respiratory depression and overdose if she takes too much of the drug.

Other Effects of Lorazepam Abuse

According to to the NIDA, abusing lorazepam can also cause these more mild but still dangerous physical and mental effects:

Any of these effects can cause harm to the body or may cause the individual to do something that puts herself in danger. Considering these effects and how dangerous they could be, especially in a certain situation where the abuser is driving, not in a safe place, with people who are not trustworthy, etc., lorazepam abuse can be very dangerous even when its regular effects are caused by frequent abuse.

People quickly become addicted to lorazepam, which “can be habit-forming,” if they continue to abuse it chronically for at least a few weeks or months (NLM). Lorazepam addiction occurs when a person cannot stop taking the drug, even if she wants to. Taking lorazepam will become a compulsion, and she will not be able to stop unless she seeks treatment.

Other issues involved with lorazepam addiction are: