Clonazepam is marketed in the United States under the brand name Klonopin. As a benzodiazepine, clonazepam is most commonly used to treat anxiety and panic disorders, seizures, or to control acute symptoms of alcohol withdrawal syndrome. Abuse of clonazepam can result in a high risk of dependence and adverse effects, including overdose and death.

Clonazepam is a central nervous system depressant intended to produce the effects of relaxation, sedation, and calmness, but, the side effects may be less desirable including:

Some individuals experience paradoxical stimulant effects when using clonazepam and some people may develop them after long term use or abuse. Paradoxical effects may include increased anxiety, panic, insomnia, seizure or convulsions, nightmares, irritability, hallucinations at the onset of sleep, hyperactivity, and aggressive, violent, or bizarre behaviors.

Abuse of clonazepam increases the possibility of long term and possibly permanent adverse physical and psychological health consequences because of the extreme influence it has on neurotransmissions within the brain and central nervous system.

Clonazepam abusers often chew or crush and snort clonazepam to get a “rush” or more potent chemical response and taking clonazepam in higher than recommended doses, more frequently, in combination with other drugs or alcohol, or abusing it in other ways is nothing, but, dangerous.

Overdose, suicides, and attempted suicides are some of the most concerning signs of clonazepam abuse. According to the Drug Abuse Warning Network, the number of emergency department visits involving non-medical use of clonazepam increased 117% between the years of 2004 and 2011. Other signs include: 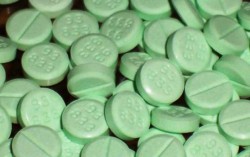 Finishing prescriptions early or using the medication without a prescription are sure signs of misuse of clonazepam.