Hydrocodone is a semi-synthetic opioid derived from codeine, a natural opiate found in the opium poppy plant. Most hydrocodone products are marketed and consumed in the United States under brand names such as Vicodin, Lortab, Lorcet, and Norco. These products contain additive ingredients such as acetaminophen, aspirin, and ibuprofen to increase their pain relieving effects while deterring potential for abuse.

In March of 2014, an extended release product of hydrocodone, Zohydro-ER was introduced with the highest concentration of hydrocodone content, ever. Since hydrocodone remains a choice drug for abuse, despite any deterrent efforts by manufacturers, the controversy over this product is valid to be considered.

Historically, hydrocodone products have contained low levels of hydrocodone and been classified as Schedule III drugs by the DEA because of their multi-ingredient combinations.

This has led to a common misconception that these drugs are less harmful when abused than other opioids such as morphine or Oxycontin. To an extent, this may be true, but, many abusers will consume extra hydrocodone pills to make up the difference in opioid contents, consume them unaware of the potential for harm, or pass them on to others for whom they were not intended. 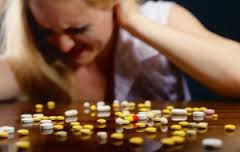 Abusing hydrocodone can lead you down a dangerous path.

Because hydrocodone products are commonly prescribed medications, they are, often, the initial exposure to opiate drugs for many. They are also, frequently, obtained in high quantities for sales on the street at a lower cost than many other opiate drugs.

There is an additional risk of diversion of these drugs to adolescents and young adults who may be unaware of their potential for harm and addiction and may be likely to abuse these drugs due to their naturally, developing curiosity.

Hydrocodone has the potential to cause tolerance, dependency, and addiction, when abused in high amounts, frequently, or for long term.

This drug has been manufactured using a modified release system of delivering the hydrocodone content over an extended period of time via controlled release beads within the capsules. Each bead is manufactured with layers that have varying rates of absorption capability. For those who find ways to abuse this drug, the risk of overdose is dramatically increased.