There are more than 100 marijuana street names that are commonly used by pot smokers around the world. Everything from the color and texture of the buds that come from the marijuana plant to the smell, taste and type of marijuana that is cultivated can be used to develop a nickname to discuss this drug. Over the years, marijuana smokers have come up with an ever changing language when it comes to talking about marijuana in public.

Most Common Street Names for Marijuana

Because marijuana is one of the most widely used drugs in the world, and because it has been used for many years, there are a number of street names that are commonly known as the natural lingo for this drug talk all around the world. According to the DEA, the most commonly used marijuana street names are: 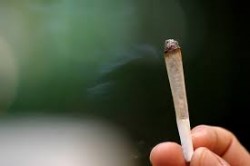 Marijuana names sometimes refer to how it is used. Edible marijuana is usually called ‘edibles’.

Of course there are many other street names that have come up over the years too. Some refer to the “type” of marijuana or the “strain” of the plant such as:

So why is it so important to know the various street names for marijuana? Knowing what others are talking about can help you to prevent from being a part of illicit conversations and it can also help you to know when someone you love or care about may be in need of guidance and support. If someone you love is talking about marijuana around you, it may be time to seek professional help for them as it is likely that an addiction is present.