Understanding the Effects of Xanax Abuse

Xanax is an anti-anxiety medication belonging to the central nervous system depressant class of benzodiazepine drugs that slows down communications between brain cells by affecting the neurotransmitter gammaaminobutyric acid (GABA). It is available in various milligram dosages of .25 to 3 mg tablets including the extended release versions that have a slower absorption rate and are commonly used in the treatment of panic disorders.

Therapeutically, Xanax can be used to treat insomnia, depression, PTSD, agitation, withdrawal syndromes, seizures, panic, neurological problems, and many other psychological problems as well as the autonomic nervous system or motor tension effects associated with anxiety or panic disorders. This makes Xanax one of the most widely prescribed benzodiazepine drugs available for abuse and diversions to the street for sale or trade in other drug associated activities.

Understanding the effects of Xanax abuse goes far beyond the intoxication levels, long-lasting impairments, dependency, and withdrawals may be difficult to treat.

People abuse Xanax mainly, for its tranquillizing and mood enhancing effects, to enhance or counteract the effects of other drug abuse, or to alleviate distressing withdrawal symptoms from other drugs such as opiates, cocaine, and alcohol. Some commonly recognized and desirable Xanax pills on the street are the 1mg. blue tablets referred to as “footballs” and the 2mg, scored tablets referred to as “bars” or “zanny bars”.

Xanax is not intended for long term use, preferably, no more than 2- 4 weeks as an anti-anxiety medication, but, most people are able to continue getting their prescriptions without any difficulty for several months or even years. They may compulsively abuse the Xanax to avoid emotional, stressful, or other unwanted psychological symptoms or divert the medications to others as the benefits of drugs diminish for them. 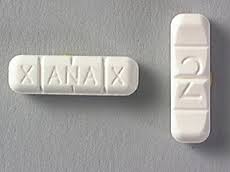 Xanax and other benzodiazepines were introduced as safer alternatives to barbiturate drugs that cause high rates of overdose and other dangerous consequences. Ironically, according to the CDC, “Of the 22,767 deaths relating to prescription drug overdose in 2013, 16,235 (71.3%) involved opioid painkillers, and 6,973 (30.6%) involved benzodiazepines.”

Equally alarming are the increased number of ED visits involving abuse or misuse of benzodiazepines and the scientific findings that show benzodiazepines as the most common drugs used in intentional overdose and suicide attempts. Abusing Xanax with other CNS depressant drugs, like alcohol or opiates, is a dangerous mixture often leading to overdose and death from respiratory or cardiovascular failure.

The DEA classifies Xanax as a Schedule IV controlled substance under the U.S. Controlled Substances Act with a lower potential for abuse relative to Schedule III drugs which accordingly, “have a potential for abuse less than substances in Schedules I or II and abuse may lead to moderate or low physical dependence or high psychological dependence.”

Dependence is manifested by high dose tolerance and severe withdrawal symptoms that may include increased anxiety, tremor, insomnia, confusion, perceptual disorders, seizures, depression, gastrointestinal and other somatic symptoms, suicidal tendencies or violent behaviors often difficult to distinguish from the initial symptoms of the original illness.

For those who abuse Xanax in high or frequent doses, with other drugs, or via alternative ingestion methods, the changes in brain and CNS functions can take on a whole new role of dependency effects and subsequently produce more severe symptoms of withdrawals.

Paradoxical effects are the worsening of anxiety, depression, seizures, and other maladies for which the person may have been initially treated for. It often occurs when Xanax is abused or used for too long and when underlying psychological, neurological, or other physiological problems such as brain chemical imbalances from drug abuse go unresolved.

Paradoxical effects may also include reactions similar to those provoked by alcohol such as argumentativeness, nightmares, hallucinations, hyperactivity, and aggressive or violent behaviors such as unexplained rage, assault, homicide, or domestic abuse.

Xanax abuse often leads to negative, immoral, and other unwanted behaviors as inhibitions are reduced. For instance, a person abusing Xanax may be more likely to disregard social norms and engage in provocative, dangerous, criminal, or unhealthy activities such as increased abuse of other substances, theft, deceit, unprotected sex, or prostitution. Reduced inhibitions may also be contributing factors to increases in violence, aggression, and neglect of responsibilities including work, home, and children.

According to the Institute of Neuroscience, Newcastle University U.K., Memory impairments may include amnesia, “blackouts” and” Acquisition of new information is deficient, partly because of lack of concentration and attention. In addition, the drugs cause a specific deficit in “episodic” memory, the remembering of recent events, the circumstances in which they occurred, and their sequence in time.” Added to the inhibition losses, these effects of Xanax abuse have been known to lead to uncharacteristic behaviors such as shop-lifting.

Inhibited learning, lack of focus or concentration, short attention spans, slow reaction times, sedation, drowsiness, and emotional blunting are some of the other psychological effects of Xanax abuse. Emotional blunting and depression are a result of extensive CNS depression that causes the person to become unable to feel emotions such as happiness, joy, sadness, or fear. When the person goes through withdrawals, these effects can rebound with intensity leaving the person unable to regulate their emotions for an extensively long time.

Over-depression of the CNS, the brain’s attempt to maintain stability, and numerous neurobiological changes can cause dysregulation of the nervous systems and other bodily systems. Effects of Xanax abuse may include serious neurological impairments that cause muscle weakness, poor coordination, confusion, tremors, seizures, loss of sensation, and pain.