As one of many prescription opiate drugs, oxycodone acts as a pain-relieving agent in the treatment of moderate to severe pain symptoms. While this drug does a good job at alleviating pain symptoms, oxycodone (predecessor to OxyContin) can easily give heroin a run for its money in terms of the dangers associated with oxycodone abuse.

The potential for oxycodone abuse places both recreational users as well as those who use it for medicinal purposes at risk for any number of adverse effects. Oxycodone’s chemical make-up allows for easy access into the brain’s chemical system.

In effect, the drug’s ability to access and alter brain chemical processes accounts for the dangers associated with oxycodone abuse. Taking this drug for prolonged time periods only reinforces the potential for oxycodone abuse as the brain comes to rely on its effects.

After a certain point, users may want to consider their options in terms of reducing dosage amounts (if possible) or getting needed treatment help as the dangers of oxycodone abuse only get worse with time. 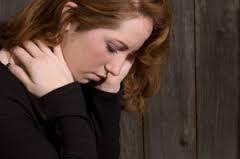 Oxycodone can take over your life.

In spite of OxyContin’s recent surge in addiction rates, oxycodone was actually first developed in the 1930s. As a semisynthetic opium derivative, oxycodone’s effects most resemble those of codeine and morphine.

According to the University of Maryland, oxycodone-based drugs take many forms, some of which include –

By combining oxycodone ingredients with acetaminophen and aspirin, drug manufacturers can produce varying effects in terms of potency. Whether as a single ingredient or mixed with non-opioid pain relievers, these drugs still carry a high potential for oxycodone abuse.

According to the University of Delaware, oxycodone acts as a depressant that slows down central nervous system processes. These effects become especially pronounced within the body’s neural communication network in terms of slowing down nerve signal transmissions.

The brain produces it’s own pain-relieving chemicals, also known as neurotransmitters. Certain neurotransmitters share a similar chemical make-up with oxycodone. These similarities account for why oxycodone can infiltrate the brain’s chemical system.

With each dosage amount, oxycodone prompts a surge of neurotransmitter chemicals in the brain by stimulating individual brain cell sites. Oxycodone’s pain-relieving effects result from the influx of neurotransmitter chemicals throughout the body’s central nervous system. Over time, these underlying chemical processes create a range of adverse effects.

Not surprisingly, this increase in dosage amount only works to weaken brain cell structures all the more. This, in turn, becomes a never-ending cycle where users must keep increasing dosage amounts in order to experience the desired effects of the drug.

In effect, these interactions come into play as of the first time a person takes the drug. This means, prolonged use of oxycodone inevitably leads to abuse as brain cell structures weaken over time.

The changes taking place in the brain soon start to affect a person’s physical health as the brain loses its ability to regulate everyday bodily functions. Physical dependency so becomes the second danger brought on by oxycodone abuse.

As brain cells come to rely on oxycodone, neurotransmitter levels throughout the brain skew further and further out of balance. In effect, neurotransmitter chemicals enable different regions of the brain to communicate with one another. When chemical imbalances take shape, brain communications break down.

Once chemical dependency sets in, a person will likely start to experience withdrawal effects in the form of –

These symptoms reflect the overall dysfunction within the brain. With continued oxycodone abuse, symptom intensity will only worsen.

What makes physical dependency so dangerous has to do with how it feeds into the larger cycle of oxycodone abuse. Much like increasing tolerance levels drive users to keep increasing dosage amounts, a person will likely turn to ongoing drug use in order to gain relief from withdrawal symptoms.

Addiction develops out of the combined effects of –

After so long, brain chemical imbalances start to impair a person’s cognitive functions in terms of learning processes and motivations. According to Loyola University, oxycodone abuse turns into addiction once users start to believe the drug serves a primary role or purpose in their daily life.

Ultimately, long-term oxycodone abuse transforms the inner workings of the brain to the point where radical personality changes take place over time. Once addicted, a person’s reasoning and decision-making abilities have been reconfigured to support oxycodone abuse practices at all costs.

Perhaps the most dangerous consequence of oxycodone abuse has to do with overdose risks. Since the brain’s tolerance for oxycodone knows no end, long-time users must take massive amounts of oxycodone in order to experience the drug’s effects.

Considering oxycodone’s depressant effects, any one of these doses can easily overpower the brain’s ability to maintain vital bodily processes. More oftentimes than not, respiratory failure occurs as the drug’s slowing effects immobilize the body’s respiratory system.

Other signs of overdose may take the form of –

When left untreated, oxycodone abuse can easily snowball out of control at the expense of a person’s health and overall well-being. While it is possible to stop taking the drug on one’s own, the withdrawal effects experienced at this stage make it all but impossible to follow through. Even in cases where a person does manage to break the body’s physical dependency, the addiction aspect remains making relapse highly likely.