Signs and Symptoms of Adderall Addiction

With amphetamine as a main ingredient in Adderall, people who develop Adderall addiction experience considerable upset within their day-to-day lives. Adderall’s effects on the mind and body change over time as chemical processes throughout the body reach an increasingly imbalanced state.

With continued use, Adderall addiction leaves users unable to control or limit drug intake amounts, which further jeopardizes a person’s overall physical and psychological health. In effect, signs and symptoms of Adderall addiction appear gradually at first, but soon become glaringly apparent as vital bodily processes start to break down from the effects of the drug.

Adderall effects target the body’s brain and central nervous system functions. Like all stimulant drugs, Adderall speeds up the chemical processes that regulate the major systems throughout the body.

As Adderall’s chemical make-up closely resembles that of the body’s own neurotransmitter chemicals, it doesn’t take long before brain and central nervous system functions start to rely on the drug’s effects to function normally. Once dependency sets in, the damaging effects of the drug start to snowball as brain and body structures continue to deteriorate from ongoing use, according to the University of California Irvine School of Medicine.

By the time Adderall addiction takes hold, the drug has all but commandeered brain and central nervous system functions.

Symptoms of Adderall Addiction start to surface once the body becomes physically dependent on the drug’s effects. Considering the brain relies on a delicate balance of chemicals to function normally, Adderall not only disrupts this chemical balance but rather throws the brain’s equilibrium further and further off balance with ongoing use.

Consequently, the brain and central nervous system lose their ability to properly regulate bodily functions, which accounts for the symptoms a person experiences. Symptoms usually take the form of – 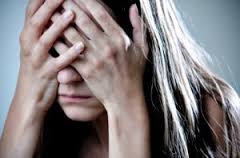 If you feel ill when you do not have Adderall and feel compelled to get it you may be addicted.

As brain functions continue to deteriorate, a person will require increasingly larger dosage amounts to keep producing the same desired effects. In turn, symptom occurrences will continue to increase in frequency and intensity.

Signs of Adderall Addiction take shape within a person’s everyday life, affecting his or her thoughts, priorities and behaviors. Over time, the brain’s physical dependency turns into a psychological dependency that completely reshapes a person’s motivations and actions.

Signs of psychological dependency may include –

Like any other form of addiction, an addiction to Adderall drives a person to settle into a destructive lifestyle as his or her obsession with the drug creates a total disregard for any negative consequences that may result.