Heroin is an opiate that was originally synthesized by an English chemist back in the 1800s. Since the early production of heroin by Bayer Pharmaceutical Company, the drug has widely been abused on the streets by illicit drug users who have come up with an array of heroin street names to openly discuss the drug around others. Over the years, use of heroin has spiraled out of control and as the drug has become more popular, many more nicknames have evolved in the drug scene. Today, there are literally hundreds of different terms used to discuss heroin on the streets.

According to the United States Drug Enforcement Agency, the most commonly used street names that pertain to heroin are: 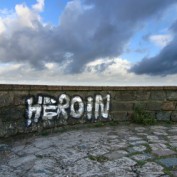 Heroin is not often called its full or proper name when talked about by people who use it.

Sometimes the term “Big H” is used referring to heroin. Many users will also refer to the drug as “Hell Dust” or “Negra” both of these terms refer to the texture or color of heroin. This drug is usually light to dark brown in color and unless it’s in “tar” form, it is a powdery substance. “Black Tar” refers to the sticky black heroin that is sometimes found on the streets.

According to the University of Arizona, MethOIDE, heroin is also sometimes referred to as “junk” or “skag.” Both of these heroin street names reference the impurity of the drug. Throughout the history of heroin, the drug has ebbed and flowed along a path of purity followed by distinct lacks in purity followed again by a rise in purity. As a result, heroin has gained less comforting nicknames such as junk and skag referencing the impurities and imperfections of the drug along the way.

Sometimes, the street names used to discuss heroin are not referencing the color, texture or effects of the drug so much as they are referencing the origin of the drug. Although most heroin originates overseas, often times the drug is smuggled first into Mexico and then shipped into the United States by Mexican Cartels. As such, the drug can sometimes be referred to as: