Heroin use is dangerous for every single person using the drug and heroin abuse increases the risk facing the user. But, that doesn’t stop people from using; in fact, use has been on a steady incline, with a 150 percent increase in use between 2007 and 2013. And, one of the groups facing the largest increase in use is women, who have historically had a lower rate of use than men. Though female use has yet to eclipse male use, the gap is becoming narrower each year.

It is important that these escalations be slowed or halted altogether, which requires both an increase in education regarding heroin use and an increase in the availability of treatment. One of the best treatment options currently available to women is gender specific rehab, or rehab exclusively for women.

These programs offer intensive, specialized care because the staff narrows their focus to the medical, psychological, and social situations most commonly associated with female addiction.

If you are a woman with a heroin addiction, you are already considering treatment. But, you may be ignoring rehab for women, which could be exactly what you need for positive recovery outcomes. Instead, call 800-681-7642 Who Answers? and speak with an expert who can explain the many advantages provided by women’s rehab. These services are available now. Don’t put off getting treatment for your heroin addiction. 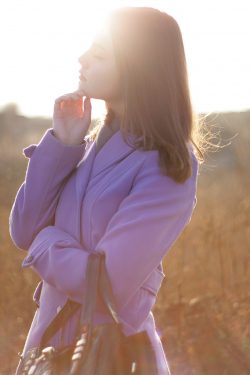 Prescription opioid use creates a euphoria that can lead to addiction and eventual heroin use.

Data published by the National Institute on Drug Abuse reveals a steady increase in the rate of heroin overdose deaths. Between 2001 and 2014, the number of death increased six-fold. Male deaths outnumber female ones, but over 2000 women died from heroin overdose in 2014, while fewer than 500 female fatalities occurred in 2006.

In addition, many female heroin users also use heroin in conjunction with other drugs. Per a report produced by a cooperative endeavor of the Centers for Disease Control and Prevention (CDC) and the U.S. Food and Drug Administration (FDA), 96 percent of heroin users said they have taken other drugs within the previous year, and 61 percent admitted to using three or more drugs. This amount of drug use is often responsible for overdoses of the other drugs being taken.

Contrary to popular narrative that has long been associated with heroin, use isn’t happening exclusively in inner city areas and the users aren’t primarily down-and-out. No. The current rise in use can be traced back to prescription drugs. Narcotic pain reliever abuse is on the rise and these drugs share the same active ingredient. This may be why people who abuse prescription painkillers are 40 times more likely than the average person to be dependent upon or abuse heroin.

Painkillers introduce female users to the euphoria of an opioid high and this primes them for heroin addiction. Further, heroin offers a cheap, readily available alternative to the expensive and difficult to acquire prescription medications. Heroin can be gained at roughly one-fifth the cost of prescription meds. It’s little wonder that the number of users is on an upswing.

The Role of Women’s Rehab

Women who suffer from heroin dependence or addiction need treatment. Often, this is a blend of behavioral therapy and medication-assisted treatment. The therapy allows addicts to identify the thoughts and patterns motivating their drug use and teaches them how to counter these impulses with coping strategies. The medication staves off withdrawal symptoms and cravings, allowing patients to be more focused on the other aspects of treatment.

Women face gender-specific issues related to treatment that are frequently linked to the social status of women. Per the National Institute on Drug Abuse, these include:

All of these issues are taken into account in a rehab for women, which is why women often flourish in these recovery programs.

To find out more about women’s rehab for heroin addiction, call 800-681-7642 Who Answers?. Our experts will acquaint you with the average day in rehab for women, connect you with appropriate rehab centers, and help you to understand financing.

Warning Signs You are Addicted to Heroin