The need for women’s only rehab programs is profound. Because research and treatment have dedicated much of their attention to the impact of addiction in men, women have received relatively little specialized care until recently. Now, the advent of gender specific programs have provided a staff attuned to the specific needs and issues of the female addict. Further, women in recovery can be certain of a welcoming, safe space with peers who truly understand what they are going through.

Meth addiction is one of many factors that show a pressing need for female addicts to receive specialized care. Use of methamphetamines is on the rise. The Treatment Episode Dataset (TEDS) demonstrates admissions for methamphetamine addiction treatment rose from 3.7 percent to 9.2 percent. Further, in 1994, 8 percent of pregnant women admitted to federally funded addiction treatment centers were there for meth addiction. By 2006, the ratio increased to 24 percent. Experts believe methamphetamine may be the primary substance of abuse for pregnant women seeking treatment.

As the number of women using meth rises, the need for women’s only rehab similarly increases. Traditional methods can prove effective, but their efficacy is increased when the treatment becomes more individualized and rehab for women does that.

To learn more about the specific benefits of rehab for women and how it could help you with you or someone you know with a meth addiction, call 800-681-7642 Who Answers?.

The Impact of Female Hormones on Meth Use 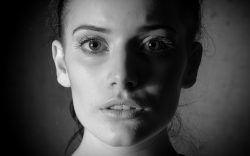 Women are more sensitive to the effects of Meth.

Male and female methamphetamine rates of use are comparable in both men and in women. However, studies indicate women are more vulnerable to the strengthening effects of the stimulant drug.

Research shows estrogen increases the reinforcing effects of meth, and progesterone decreases them. During the follicular phase (during which follicles in the ovaries mature), women experience increased heart rate and feelings of a high when using stimulants. During the follicular phase, progesterone levels are low and estrogen levels are high. In addition, women who receive progesterone experience a weakening in their response to stimulants.

Because women have a biological component that drives their meth use, it’s important that the treatment made available to them take it into account and address it. Rehab for women does this. Further, most of the other patients menstruate as well and the subject can be discussed openly in group counseling. This may not be possible with men present.

Meth Affects Women to a Greater Degree Than Men

Although methamphetamine use causes a variety of negative outcomes, the research regarding male and female differences in outcome is relatively spare. However, the small amount of research that exists points to increased responsiveness among women to both the drug itself and its adverse effects.

Though the two have a very different set of effects, methamphetamine and ecstasy (methylenedioxymethamphetamine) are related. Therefore, scientists extrapolate what is true for ecstasy users is also applicable to meth users. The psychoactive effects of ecstasy are more intense for women, which leads to:

The active adverse effects also are more common among women, including happenings like:

Characteristics That Are More Common Among Female Meth Users

As there are differences between the way the male and female body respond to meth use, there are also characteristics and life circumstances that female meth users are more likely to face than male ones.

Women who use methamphetamine are more likely than male users to:

These situations create a lot of barriers that keep women who use meth from accessing the treatment that they need. But, a rehab for women is intimately familiar with these situations, having both studied them in-depth and having treated tons of patients who have experienced them. To learn more about the ways that rehab for women cater to their patients, call 800-681-7642 Who Answers?. There is no reason to wait to recover. Do it now.

Signs and Symptoms of Meth Abuse