Women and men differ in many ways. There are core biological differences, but there are also societal expectations and teachings tied to gender. Both of these contribute to the variances between alcohol abuse and alcoholism between men and women.

Of course, both face risks to their health and personal lives without regard to their gender. But both the factors that lead to alcohol addiction and the consequences of that abuse contrast. It’s imperative that treatment programs recognize and address these differences.

In a women’s rehab program, the staff are experts in the female alcoholic’s experience and concerns. This allows them to treat patients with a depth and understanding not possible in rehab that caters to all genders.

To learn more about the role that women’s rehab can play in treating your alcohol use disorder, call 800-681-7642 Who Answers?. You can speak to an expert who understands you and your individual concerns. Don’t settle for less. Call now. 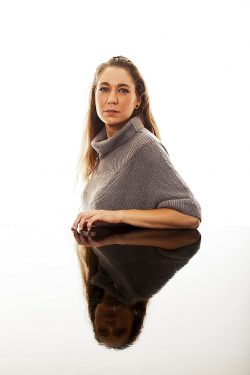 Alcohol-related diseases progress more rapidly in women than in men.

The actual physical make-up of women establishes a stark contrast to men when it comes to alcohol use. In general, women weigh less than men, which points to a lower acceptable consumption.

However, women also have less water in their bodies than men do, so even if a woman weighs the same as a man, she will have less water. Alcohol mainly resides in body water, meaning women face a higher concentration of alcohol in their water even when drinking at the same rate as a man of the same weight.

According to the National Institute on Alcohol Abuse and Alcoholism, women usually begin having alcohol-related difficulties at lower drinking levels than men do.

Studies show that women in their twenties and early thirties have a greater chance of drinking. Although, there is no one component of the problem that predicts if a woman will develop a drinking problem or at the age she would do it. But, there are a few life experiences that increase the likelihood of an alcohol use disorder at this age:

These patterns are not consistently demonstrated among male drinkers.

Though men are more likely than women to develop an alcohol use disorder, women in many cases face more damaging outcomes, like the following:

It is imperative that treatment programs be prepared for the physical, mental, and social circumstances of the people they serve. In a women’s rehab, patients can take comfort in knowing that every staff member is an expert in women’s health. To learn more about the ways that you can benefit from choosing and attending a female-only addiction treatment program, call 800-681-7642 Who Answers?. Experts are waiting to help you.

Effects of Alcohol on the Brain