Substance abuse behaviors have a way of spinning out of control, disrupting a person’s well-being on multiple levels. For people who abuse drugs or alcohol on a regular basis, the risk of developing psychiatric disorders increases with each passing day. This is especially the case for women.

While addictive substances produce the same effects on the body, regardless of male or female, a woman’s physical makeup makes her especially susceptible to impending harm. As a result, women who engage in substance abuse face a greater risk of developing co-occurring psychiatric disorders.

A co-occurring psychiatric disorder consists of a drug or alcohol abuse problem combined with a mental health disorder, such as a depression- or anxiety-based disorder. Co-occurring disorders can be especially difficult to live with as feelings of increasing emotional turmoil only work to fuel substance abuse behaviors and vice versa, according to the Journal of Addiction Science & Clinical Practice.

While living with a co-occurring psychiatric disorder can be distressing for anyone, women affected by these conditions tend to experience the very worst of what addiction and mental illness have to offer.

For information on women’s drug rehab options, call our toll-free helpline at 800-681-7642 Who Answers?.

Risk Factors – Why Women Are More Susceptible Than Men 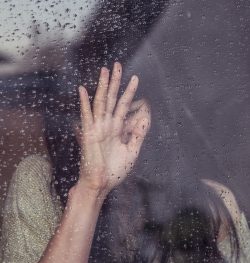 Most women who abuse substances suffer from co-occurring psychiatric disorders.

The damaging effects of alcohol and drug abuse have a greater impact on a woman’s body compared to a man’s due to differences in physical makeup. According to the Journal of Psychiatric Clinics of North America, the term “telescoping” has to do with the rapid rate of decline experienced by women affected by substance abuse and addiction.

Addictive substances interfere the areas of the brain that regulate stress levels. Over time, ongoing drug or alcohol abuse practices makes these areas hypersensitive to stress.

In the case of women and substance abuse, the brain’s ability to regulate stress levels declines at a fast rate, which further aggravates drug-using behaviors along the way. These conditions only work to worsen the severity of the addiction and over time create prime conditions for psychiatric disorders to take root.

Overall, rates of mood and anxiety-based disorders run higher among women than men regardless of whether a substance abuse problem is present. In turn, the effects of ongoing emotional turmoil can easily drive a person to seek out relief through drugs and alcohol.

As psychiatric disorder rates for women already run higher than those of men, many women who start engaging in substance abuse practices are already struggling with mental health issues.

Abusing drugs and alcohol comes with certain risks regardless of a person’s gender; however, woman face the highest risk in term of the degree of damage and dysfunction that can result. For these reasons, it’s important for women to seek out treatment help at the first sign of a substance abuse problem and avoid the added turmoil that comes with psychiatric disorder.

If you’re struggling with a substance abuse problem and don’t know where to turn, please don’t hesitate to call our toll-free helpline at 800-681-7642 Who Answers? to ask about available treatment options.